Savings on Pizza in Lincoln & Omaha for National Pizza Day! 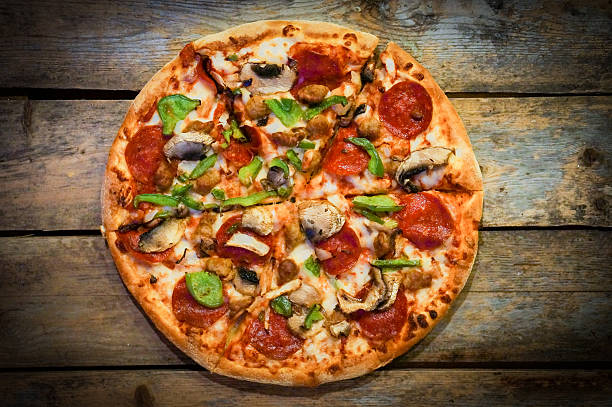 Savings on Pizza in Lincoln & Omaha for National Pizza Day!

Do you know how pizza came about? Check out this tidbit from Wikipedia:

The History of Pizza by Wikipedia

“The history of pizza begins in antiquity, when various ancient cultures produced flatbreads with toppings.

The precursor of pizza was probably the focaccia, a flat bread known to the Romans as panis focacius,[1] to which toppings were then added.[2] Modern pizza developed in Naples, when tomato was added to the focaccia in the late 18th century.

The word pizza was first documented in AD 997 in Gaeta[3] and successively in different parts of Central and Southern Italy. Pizza was mainly eaten in the country of Italy and by emigrants from there. This changed after World War II, when Allied troops stationed in Italy came to enjoy pizza along with other Italian foods.”– Read More Here

There are so many options out there. The options are endless for pizza in Lincoln or Omaha. National Pizza needs to be celebrated and what better way to celebrate than with a great deal on pizza. That’s right a pizza coupon for Lincoln or a pizza coupon for Omaha, either one we have you covered, so you can feed the Pizza Craving.”

Want coupons emailed to you?